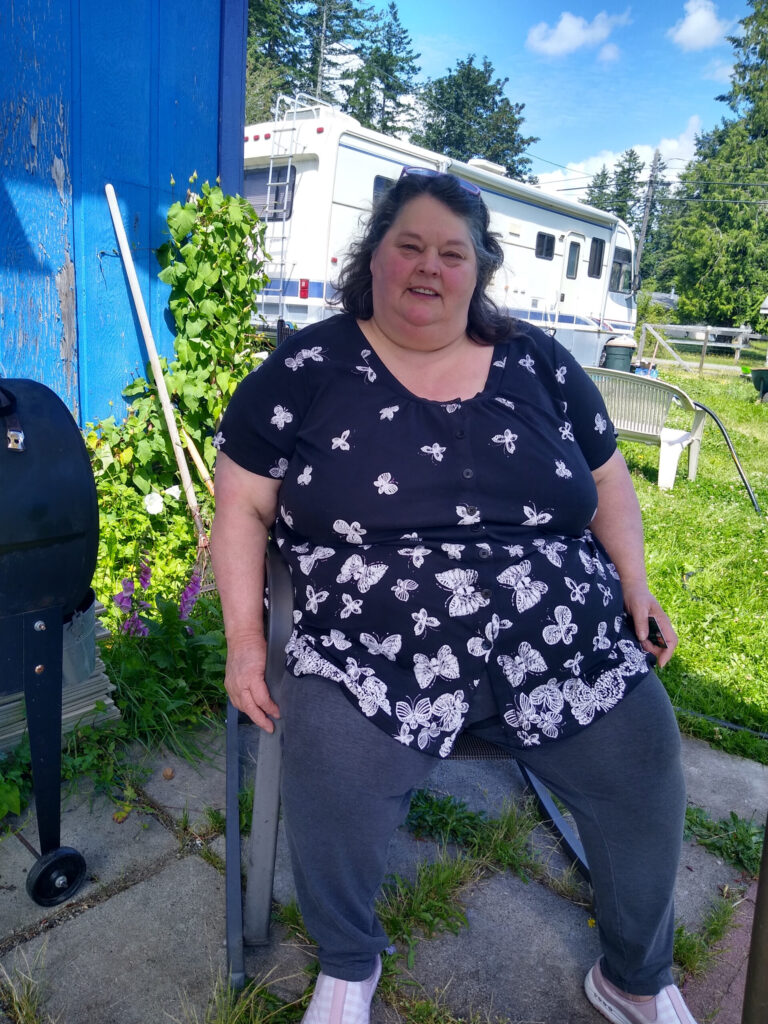 When Zindy bought the old print shop in Quilcene about sixteen years ago, she knew she had found a gem, and she also knew it needed some polishing. Over the years she put a lot of work and love into the solid old structure—adding a bathroom, a kitchen, and insulation. Even as her hard work transformed the space, she never had the resources to fully finish the building and make it the home she imagined. Meanwhile, living with the exposed insulation was taking its toll on her health. Her children decided they would like to help her finish the house for Christmas, but ran into a number of road-blocks. Then her daughter-in-law suggested contacting Habitat.

Habitat assessed the home and, in partnership with Zindy, began work on the major safety issues. The electrical system was completely rewired by a local electrician, bringing it up to code and updating all of the electrical panels, wires, outlets and switches. Next came the bathroom, made safe by removing an unattached bathtub and building a support wall and installing an accessible shower.

Then Zindy’s sons stepped in to complete the sheet-rocking and painting on their own. And suddenly, the potential Zindy had always seen in the building was realized. “It’s wonderful,” she says. “Absolutely great. It’s the first normal home I’ve lived in in 30 years,” she adds—remembering, with some fondness, the years she spent in makeshift arrangements such as a motor home and an army tent. As for the new shower, “absolute heaven” is the way she describes it.

Zindy will pay for part of the costs of the project with a zero-interest loan from Habitat, with the remainder made possible by a grant from Repair Program Sponsor First Federal Community Foundation and the hard work of the volunteers at the Quilcene Habitat Store. Zindy’s family contributed many hours of sweat-equity to make the project happen and a discounted rate at Mount Walker Inn allowed Zindy to temporarily vacate while Pops Electric and Coon Plumbing completed work.